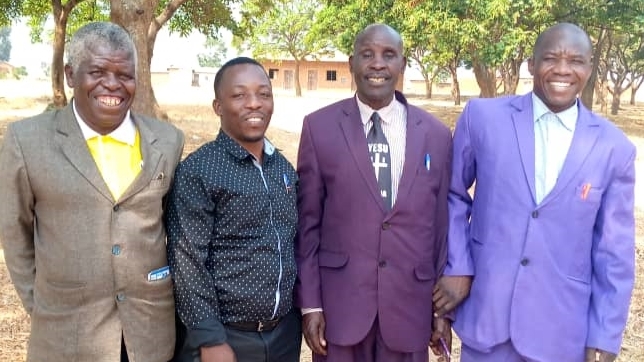 The Nyika language community (about 25,000 speakers in Rukwa Region, western Tanzania) is eager to have Scripture in their own language. After forming a Language Committee of area leaders, they met with a team from SIL International about starting their own SIL Tanzania-guided translation project.

The process is a long one, with complex questions to answer and unique details to sort. Recently, they received great news…

“The Nyika project is approved,” reported Jeff Robinson, Language Programmes Coordinator for SIL Tanzania. “In fact, they have already identified their first local Translators and started the training for them.”

In this, the Nyika are not alone. A growing list of Tanzania’s minority language groups are launching New Testament projects with SIL International this year. Meanwhile, many communities which have completed New Testaments in their hands or final publication stages, now look to locally own and manage the work of Old Testament translation, including continued language development and Scripture engagement work.

In response, SIL Tanzania has launched the “Remaining Languages Project.”

“This project is a key initiative for SIL Tanzania right now,” said Mark Woodward, Director. “The goal is for language communities to take on more local responsibility for language development and Scripture translation.

Echoing and affirming the goals of partner organisations like SIL Tanzania, Wycliffe Bible Translators and others, the Remaining Languages Project (RLP) has two aims: to accelerate startup for new projects in highly engaged communities, and to establish a foundation for programmes that are owned and managed locally, by the language communities themselves.

“The project greatly helps SIL Tanzania, too,” Robinson said, “as we develop our own capacity in Tanzanian staff to serve well as a technical partner for these local projects.”

Before new projects like the Nyika could begin, SIL Tanzania started by creating a Community Engagement (CE) team. From their Mara Region office, a small team was trained and helped present a vision for the work to several local language communities which already partner with SIL, including the Simbiti (who completed their New Testament in 2021), Ikoma, and Kabwa.

Soon the CE team had met with dozens of communities. In the larger project’s initial phase, three language communities (Isenye, Ngoreme, and Nyika) have quickly moved from initial meetings and planning to seeing their new translation project approved to begin. “Like the Nyika, the Isenye and Ngoreme Language Committees have identified their first Translators,” said Robinson, “and even begun training them!”

Several other communities also have their “project concept” development underway. Kimbu, Kiroba, and the related Wanda and Sichela language communities would launch new projects. “It was encouraging for us,” Robinson said, “to see that over the past year, conversations about Bible translation have developed into community excitement.”

Meanwhile, SIL Tanzania saw that, to best serve all these community relationships, they needed a National Partnership Officer. A search began across all the regions they serve. “We believe God has brought us the right person in Ipyana Mwangota,” said Robinson.

Pastor Mwangota is well known in the Nyakyusa language community, but the team chose him because he is just as well known across Tanzania, thanks to years of experience working with a partner Bible Translation organisation. Mwangota has already begun to meet with government leaders, churches, and SIL regional offices around Tanzania.

Of a large group of SIL Tanzania’s former (completed) projects, the Ndali (which celebrated its completed New Testament in 2020) has now drafted a plan to manage its own Old Testament project, while the Sandawe team has submitted plans for an Oral Bible Translation project.

To launch these locally managed projects, the Language Committee within each community must first establish a nationally registered CBO (Community Based Organisation). Several more communities have reached this goal, including the Ikoma, Nyiha (both New Testaments now being printed), and Zanaki. Others have this step as their active priority: Bena (New Testament ready to print), Ikizu, Jita, Kabwa, and Kwaya, plus three which completed their New Testaments in 2020 — Malila, Sangu, and Vwanji.

“By the end of the four-year project,” Woodward added, “we hope to see at least five or ten local CBOs set up. As each one manages the day-to-day running of projects in their community, this allows external partners like SIL to focus on bringing our specific areas of expertise (such as Scripture exegesis and translation checking) to the partnership.”

“All this is very exciting,” said Robinson. “Meanwhile, we’ve identified about ten more languages we believe ought to be able to launch New Testament projects.” One of those is the Nyambo community…

“One of our staff met a Nyambo pastor,” Robinson continued. “He was very excited to hear about all the Bible Translation work going on. He quickly volunteered to work with us to explore his community’s need. ‘We really need it,’ he said.”

The scope and scale of SIL Tanzania’s Remaining Languages Project may seem daunting. No wonder then, that most of what the teams ask for is prayer…

“Pray for wisdom and perseverance,” said Robinson. “Some of these teams are working hard on complex future plans, while also handling the work of their existing project. They are meeting with new language groups, encountering new and challenging linguistic situations.

“Ask God to show us how to facilitate much more training. We planned for once a year, but we have not been able to come together all in one place for over two years. As we gain experience, we need to keep equipping more people to do this well.

“Pray that the local church leaders who participate will have insight into their community, and be able to express the needs clearly. Pray for our team, that they may also have insight, to guide these language communities through the journey.” 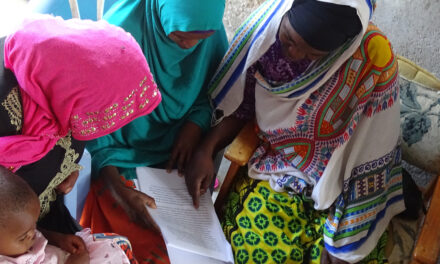 “Jesus and I are not just friends, we are one thing…” 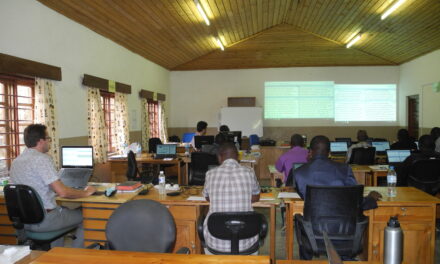 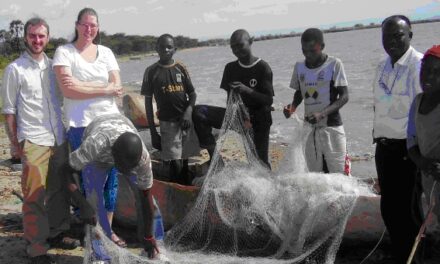 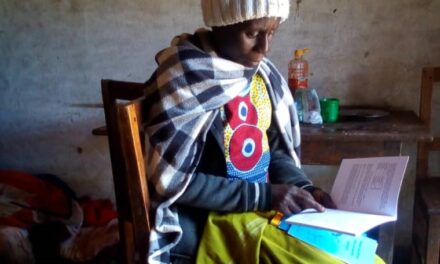