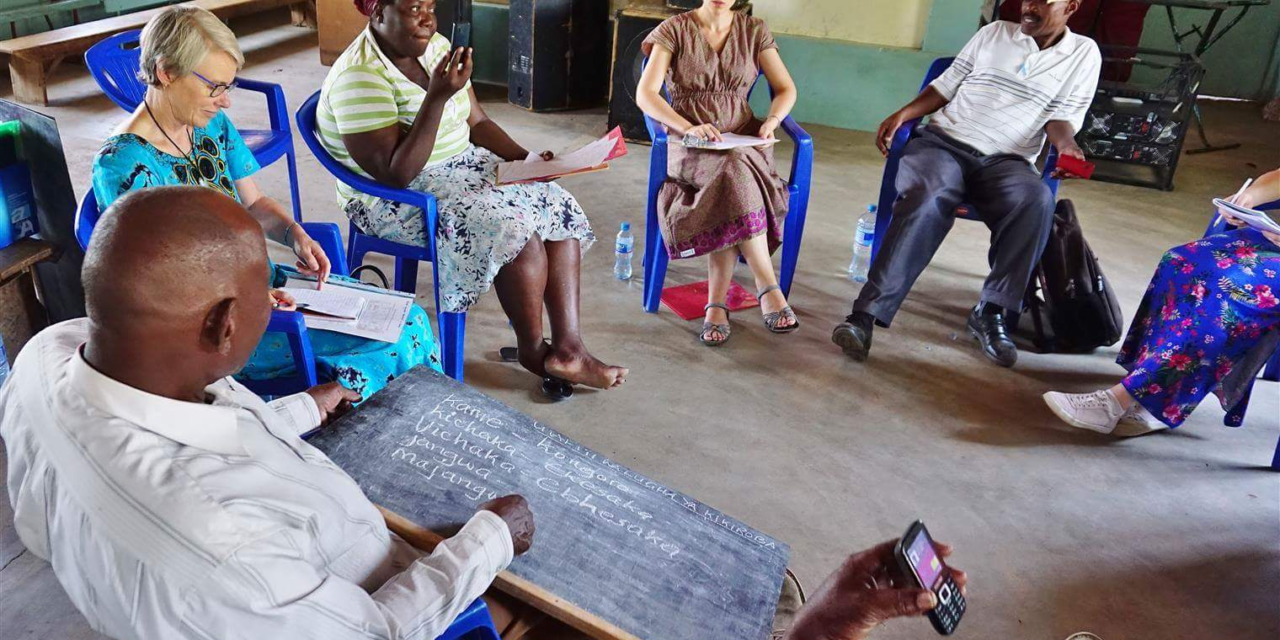 Originally ‘clustered’ together with Simbiti (a related neighboring language), the 30,000 people who speak Kiroba have such a strong group identity that linguists have begun new research into the degree of difference between the two language varieties. Their latest study began with a week spent collecting Kiroba words in the village of Nyabange.

“Their languages are very similar,” said SIL Linguist Holly Robinson, “but the Kiroba don’t feel very connected to the Simbiti.” In the SIL Mara Cluster Project office in Musoma, Tanzania, Robinson and her colleagues have been asking questions about the possibility of adapting their work in the Simbiti language to create unique resources for the Kiroba. To find answers, they needed to do fresh research with the Kiroba community. With the help of an extra linguistic intern for several months, they decided the time was right.

“In Nyabange village we met for a week with a group of Kiroba speakers,” said Rebekah Overton, another SIL Linguist. “The aim was to collect a word list in their language so we can compare it with Simbiti and identify differences in vocabulary and sound between the two languages.” The men and women were members of existing reading groups of Kiroba speakers learning to read Simbiti.

Starting with lists of words in Swahili, the groups discussed and took turns writing down appropriate Kiroba words. When there was just one Swahili word for multiple Kiroba terms, much debate followed over the best way to describe the Kiroba words.

“Sometimes they could not think of the right word in Kiroba,” Overton said. “So they used their phones to call friends and neighbours to ask for other opinions. It was a very fun time for everyone involved.”

During the week, the SIL team gathered over 1,600 Kiroba words. A few weeks later, one of the participants came to the SIL office to help make recordings the linguists will use for further analysis. The man saw how Kiroba words had been typed into a computer database using special characters (ë and ö) for extra vowels. “Will I be able to write Kiroba?” he asked. An SIL team member helped him find the software and keyboard for his laptop and phone. “He was so excited,” said Overton. “He wanted to go straight home and practice.”

Later two more came to help with another collection. After the week of gathering words, the SIL team had asked them to bring texts and stories in Kiroba to help linguists better understand the language. “We asked them to find one traditional story,” Overton said, “and think of one ‘real’ story they could tell and record at the office.”

They came with two stories each, already written out in Kiroba. When they returned a few days later to record more, one had three more traditional stories. “He said he knew we were going to discuss different things that day,” said Overton. “But he had enjoyed writing the stories so much he decided to continue at home.”

The linguists of Mara Cluster Project are hopeful that this research will help them determine whether and how their Simbiti language materials could be adapted to better serve the Kiroba community. “Are the sociolinguistic factors strong enough that the Kiroba would more readily use their own writing system?” said Robinson. “Do we actually have the resources to make that happen? We’re learning more now about what the adaptation strategy would look like.”

“The Kiroba participants were very pleased,” said Lucy Waynse (SIL Literacy team), “to be part of the work to research their own language. They ask that we not forget them in the coming years…”

photo above: Kiroba speakers met with SIL Linguists to help collect a list of words in their language. When they felt unsure of a word, they enjoyed phoning their friends for help. (photo: Michael Nicholls) 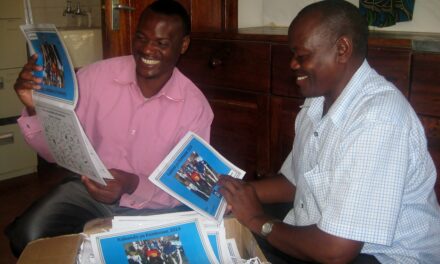 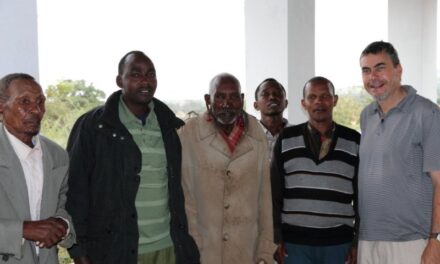